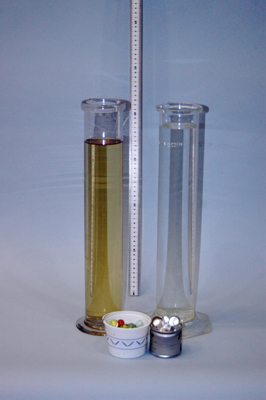 Two identical marbles are dropped simultaneously into separate graduated cylinders, one filled with glycerine and the other with water. The marble dropped in glycerine will quickly reach terminal velocity, obtaining a slow and constant velocity that can be measured.