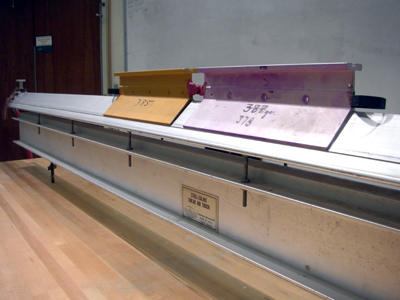 A moving glider collides with a stationary one and sticks.

In conservative systems, momentum is always conserved. In the lab frame, one glider is in motion and one is at rest. Thus, the total momentum of the system is P0 = m1 * v1 where m1 is the mass of the glider in motion and v1 is its speed. In an inelastic collision, the two bodies stick to each other. Since P0 = Pf , ignoring friction and air resistance, the speed of the two cars together is lower than the initial speed of the first glider. Pf = (m1 + m2) * v1+2.