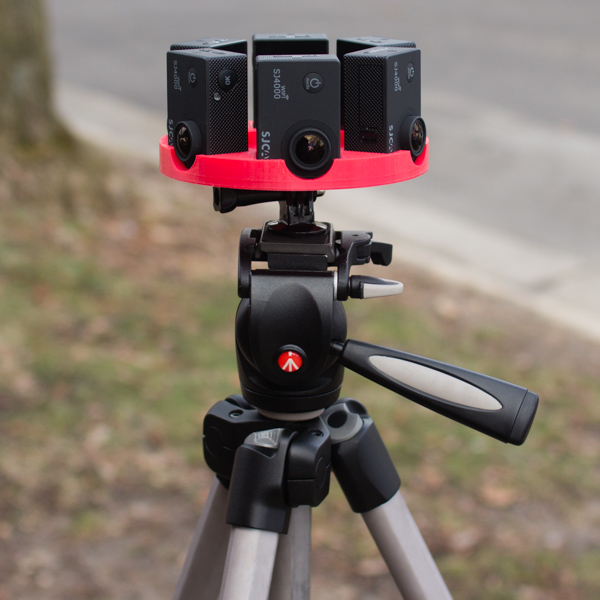 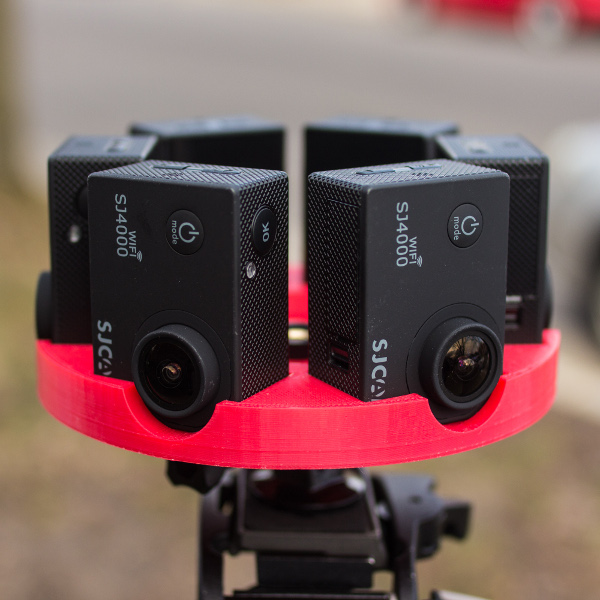 About the Multi-Camera System 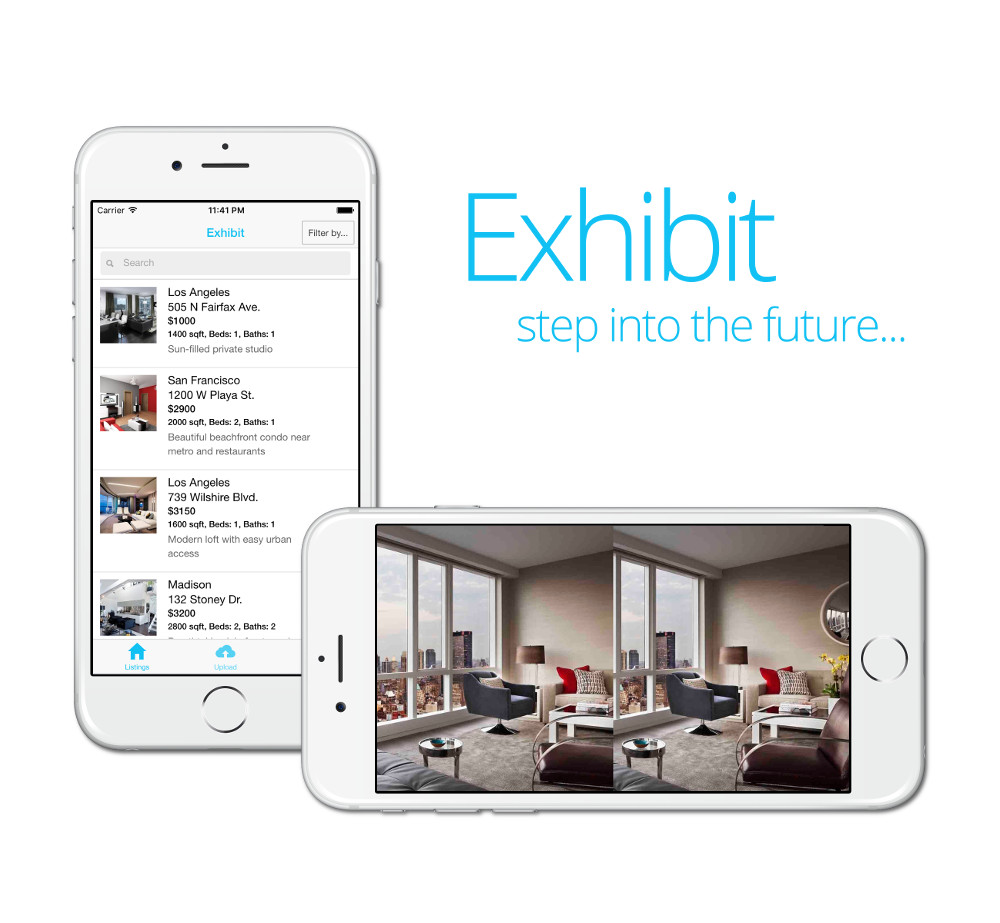 Exhibit is a hybrid, cross-platform mobile application that explores the new and exciting virtual reality experience of viewing homes, apartments and new properties. With a few swipes, users can navigate an intuitive search feature and instantly find themselves standing in the room they want to see via photosphere or videosphere. Users can look around as if they're actually at the property which is made possible through the sophisticated use of gyroscopic sensors and projective geometry. For sellers, adding or modifying listings happens instantly and easily through a Parse database. From home owners to budding and mature businesses, Exhibit aims to bring the best places, to the best people, in the best way.

To Preview the app

Camera mount printed on a Makerbot Replicator 2 with Red PLA. The mount takes 4 hours to print if things go smoothly! Messed up twice 1/4 of the way in on the Rostock Max V2 as the mount is relatively large for the printer and would begin curling at the edges from non-uniform heating or something. 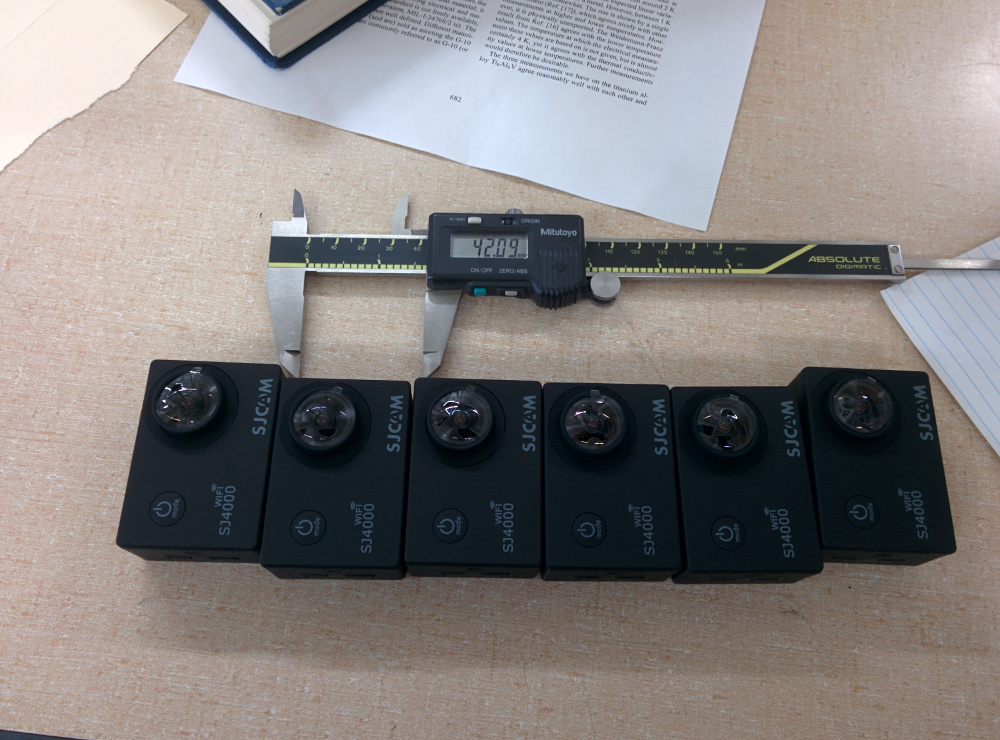 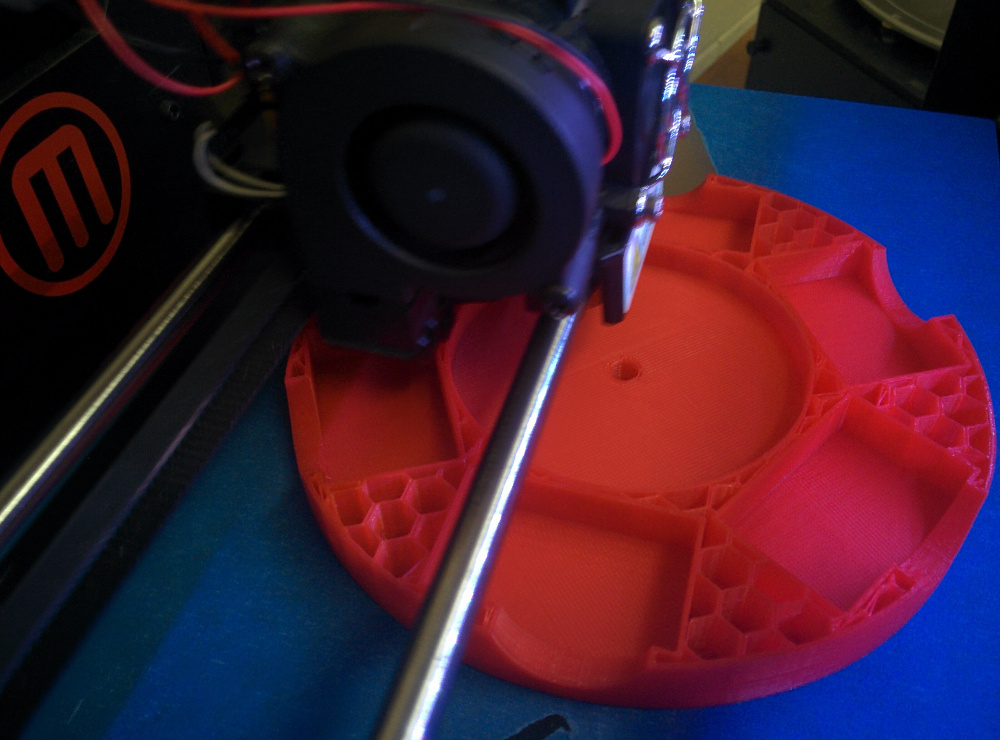 Poster at ICCP, Northwestern U, May 2016 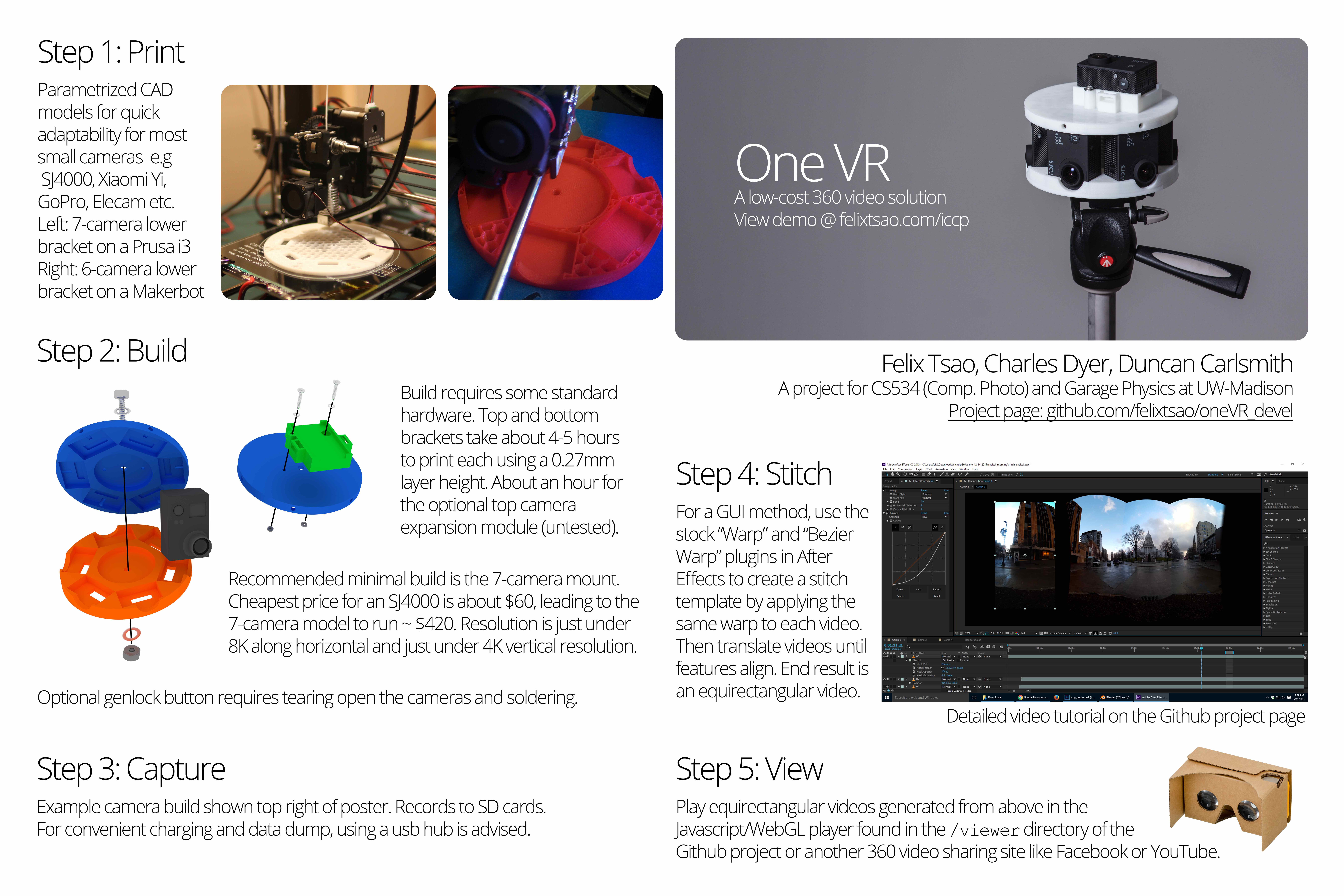