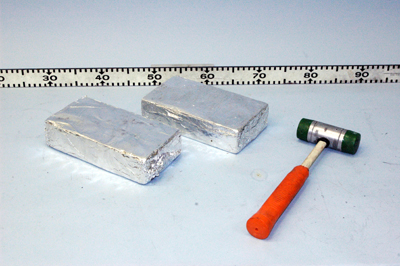 A lead brick and a wooden block(balsa wood) of the same dimensions are both wrapped in aluminum foil to look identical. Each block is then hit with a hammer. Then toss the wooden block to a student.