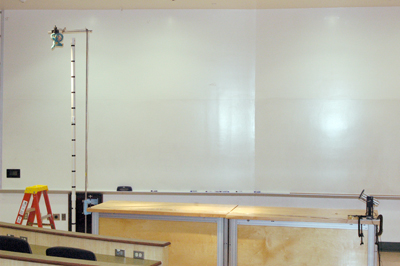 This is Pasco's version of "Shoot the Target". A target (in this case a stuffed monkey) is released about 2 meters above the table top as soon as a projectile (a Ball) is fired. The ball then hits the target in midair given that the system is properly aligned.