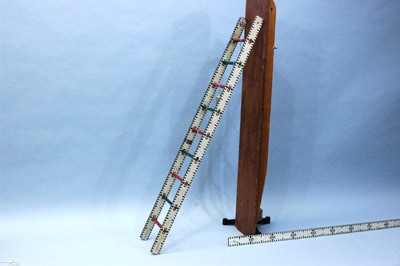 A model ladder is set to lean against a wall. A weight is then moved up one rung at a time.

A ladder against a wall forms a rotational system. Typically we want this system to be static, especially when there's a person climbing the ladder (i.e. we don't want the ladder to slide out from under the person). All of the forces acting on the ladder are represented in the free body diagram below.