A weighted wood block is placed on an inclined plane with upward tension provided by a counterweight attached by a string running over a pulley. The tension is just enough to balance the weight so that the force due to static friction is just enough to prevent slipping. A nudge then triggers the block to slide. 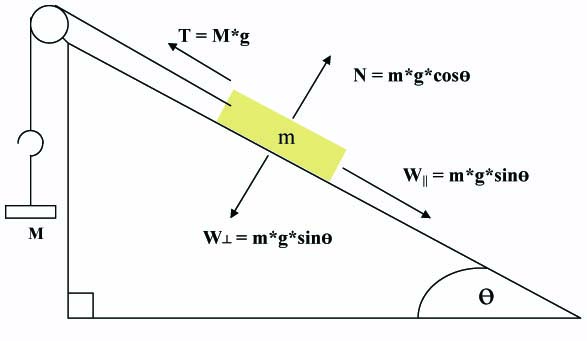