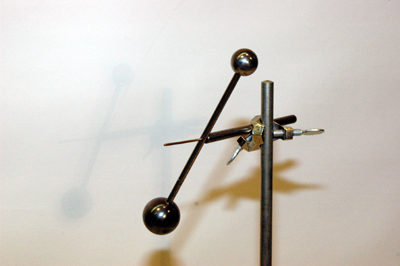 Two unequal masses are fastened to the ends of a rigid bar with two holes in the bar. One hole is at the rod's center. The other hole is at the center of mass of this two body system.