Differences between revisions 21 and 22 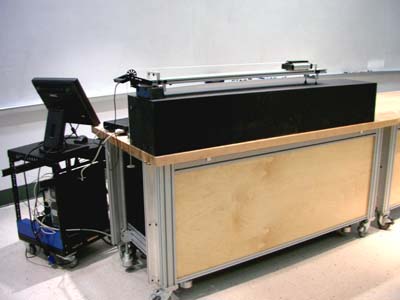 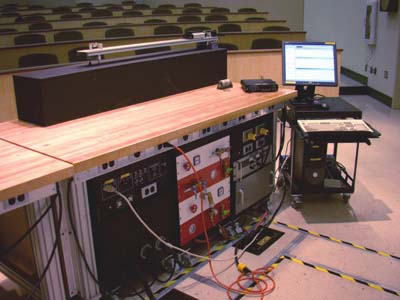 A PASCO cart attached to a mass with a string running over a smart pulley is accelerated at a constant rate. A computer together with the PASCO interface can be used to measure the position, speed, and acceleration as a function of time.(Similar to 1G10.25)

Optional Addition of the PASCO Interface with Computer: 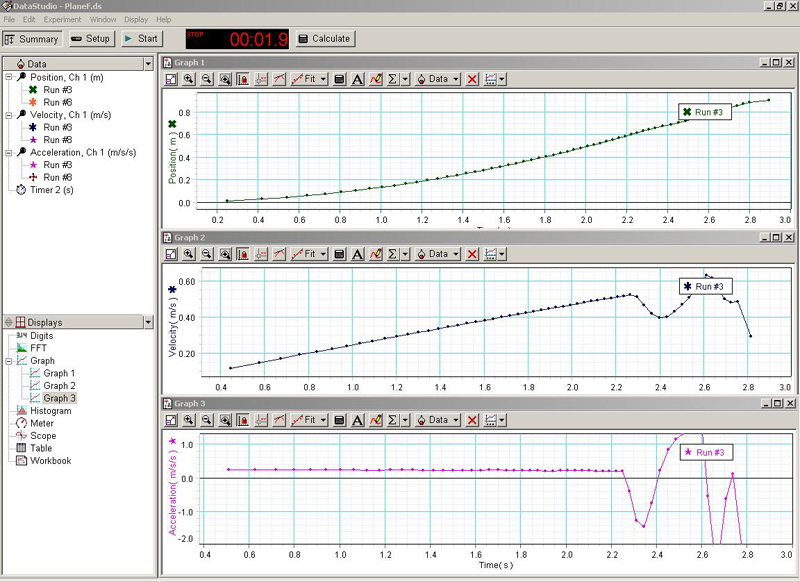 The net force acting on the cart is a little less than the weight pulling it down the track due to friction. There is some friction in the axles of the car and in the pulley which acts to oppose the motion of the cart. The magnitude and direction of these forces remains constant throughout the demonstration. Therefore, by Newton's second law, since F = m*a = constant and since m is constant so must the acceleration remain constant. Because of this constant acceleration, we expect the position vs. time curve to be quadratic in time, and we also expect the velocity vs. time curve to be linear in time.