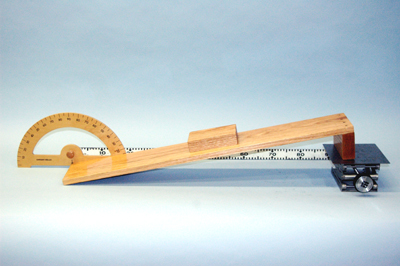 An inclined plane with a block resting on top is raised until the block begins to slide.

As the angle of plane relative to the table is increased, there is less normal force on the block due to the plane and therefore less static friction between the block and the plane. An added effect is the increasing magnitude of the component of the force of gravity down the plane. The angle of repose is the critical angle where the gravitational force down the plane on the block is just enough to overcome the frictional force. This angle will differ depending on the normal force on the block being used(i.e. it's mass) and the material-dependent interaction between the two surfaces (i.e. the coefficient of static friction of the block).

Note: A free body diagram would be a good tool to describe the forces acting on the block before and after the block starts to slide. 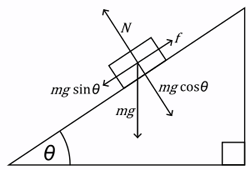